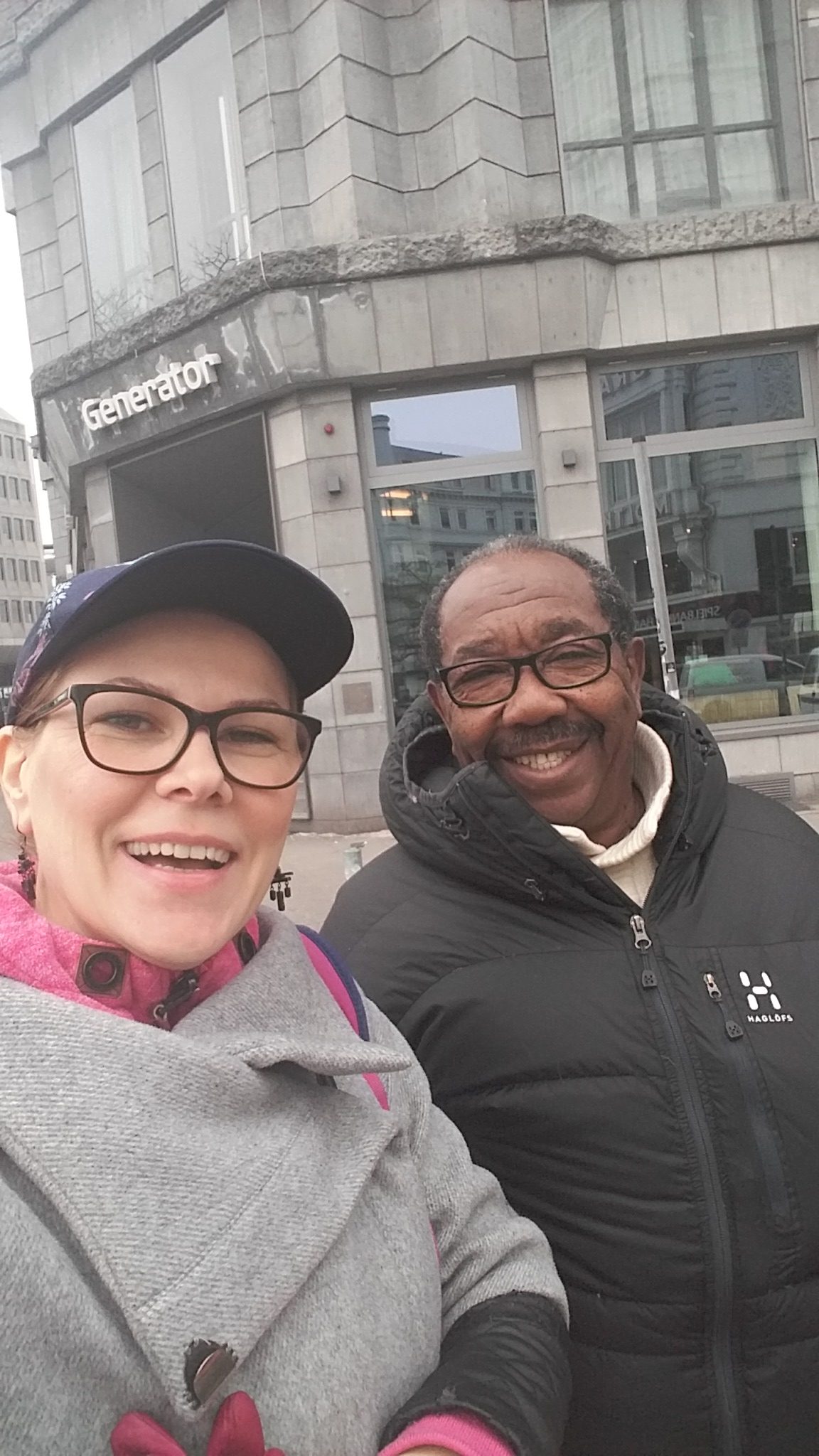 Yesterday, after freezing like Leeloo out of the Corbain’s shower, I’ve checked in @ Generator Hamburg. Being happy and in a warmer place, I was in front of the elevator’s doors waiting, when Ahmed (only today we met properly 😀 with names and info exchanges, yesterday we… but let me tell you the story…) appeared near elevator and I have pushed again on the button of the elevator and I said that it doesn’t seem to work.

Without saying anything, he pushed another button, a lower one and everything worked instantly perfectly fine!

In one second we were laughing for several minutes cause the crazy writer couldn’t stop laughing of herself for trying to push the level indicator led instead of the calling button.

For making me feel better, as I wasn’t laughed hard enough, he said:

– It could happen to anyone! 😀

And we laughed again as I am doing right now again while I am writing!

Today he saw me near reception in my way out to visit Hamburg and he made a joke and lucky me, my line was:

– Just because I’ve missed the button, it doesn’t mean I am missing the meaning!

And we laughed again and had a short chat and pictures.

Don’t forget to buy the book for your daughter!