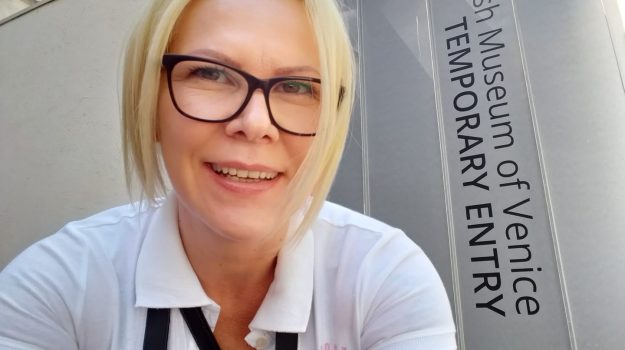 Travelling around Europe and in an important one city in Italy, Venice, helped me understand how fake it is the conflict Jew – German roots in the Hitlers actions, when the actual ancestral conflict’s roots are in the bubbles one, meaning in the religions’ differences, something you can not fight, something you only can help others to fight against their own incapacity to accept the differences as I have stated in the #iLoreley’s book, Influencing quotes that you can buy it on Amazon or directly by filling your details in the Contact page form!

Even before the German – Jewish conflict to appear, the Jews spread themselves to many places on Earth and to Venice too, even before the Venetians to establish themselves as dominating culture, still after the Venetians domination and after Italian domination, the Jews were limited/restricted from having properties and they were allowed to have only few professional choices like doctors, money landing and commercial activities, and the Venetians were good with them compared with others, ann all of this restrictions only because they didn’t believed in Jesus Christ.

Therefore when I am reading declarations as the one of Merkle’s one from today, I can’t stop I wonder: Is this a real conflict or is a political idea that has to be be kept there, there meaning in your mind so you will be also kept in some bubbles while the conflict has the roots faraway in the history, in religions and not in the consequences of what Hitler has done, not that was not horrifying and the consequences are not to work with it, but the roots are not there, the roots are in the bubbles, in the religions differences and in the incapacity of accepting the differences and not in the speeches that are not leading to anything but to have increased again the occurrence of the antisemitic bad actions!

Are you trying to maintain some fake bubbles just for keeping the mass busy with something of which (whom ever) you are talking about it?! Are you trying to take some political credit by talking of some sensitive subjects and faking that you are working on something that can not be solved actually like this since the roots are not where you are pointing? Because if this is the game you are playing it, well, the rest of us who are thinking for ourselves, we are not allowing that, we are not allowing you to believe that you fooled us with your political speech! You can not ignore anymore our minds, our capacity to think for ourselves! Cause you know there are a lot of people you ignored, and we are a lot, smart and travelling and getting the history right from the roots and not from the political speeches!

Is this your agenda, your pr guy’s agenda when it was supposed to be related to us, the ones you were supposed to represent?!

I also read that huge percents were voting this 2019 European Elections! I have kept my lips sealed until today’s speech! Where the faking statistics took into account that a lot of people were travelling and that they didn’t vote and that we know that and therefore these percents just can’t be possible?!