A better place on SPIRIT-A-PORTER by #iLoreley 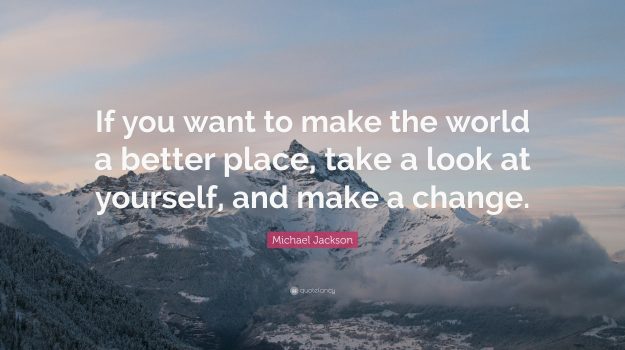 Right from the start when I read the news regarding Michael Jackson my reaction was: who is interested in his (probably after this news campaign, of a better conditions on his) music rights or something similar? Because there couldn’t be other reasons for that campaign since he is dead! Even if he has done something bad what are you going to do now that he is dead? To destroy what he could have done for this world through his work? To destroy his contribution to a better world? If he was guilty his work would have been like the work for society as a punishment and instead of showing that: look what he could have done as a different person than he MIGHT have been in the relation with the kids, you will destroy his contribution to the world? What is the purpose of the punishment through work for the community if not that, to bring a contribution to us all for the damages created? And if it is like this, why to start such campaigns so the people to stop listening to healing and motivating messages in their work?

I myself almost got caught in the #MeToo judgemental reactions on one of my favorites actors Liam Neeson and Kevin Spacey and refused for a short while to look to their movies. I am so sorry, but nothing Kevin Spacey has done can stop me from LOVE LOVE LOVE loving K-PAX movie, maybe because I am a former psychotherapist too, but more, because of his talent!

Michael Jackson news AFTER HIS DEATH made me realize that this is the biggest mistake that we could do to reject also their work. Their work is like their contribution to a Better place!

And as a former psychotherapist, I can tell you that Kevin Spacey, was just fucked up in his childhood, we should be thankful that he didn’t ended up like a serial one!

Therefore, I think that the world should first take seriously its own parental role and then to start judging the results of what the parents couldn’t do and the consequences on the child as an adult!

I will not reject Michael Jackson’s music nor of other artists no matter what they have done because they have healed at time part of my soul and for that contribution in my life they are not excused, but their work made a difference! And I assume that this an important reason un-explained by anyone clear enough for which we all know that the artists were  excused for doing crazy things because they were artists!

I would punish Spacey to work for some movies for free for the society! I would put Liam Neeson to take a role to help him with that racism problem, IF it was one and not to destroy their contribution to the world for a better place!

Even if there are proofs that Michael Jackson was bad, they should put the family to donate to children, to transform his potential madness into something good!

For the world as a better place, without any keywords, without any benefits, but signing with my brand name for which I worked like hell and on a website that was repeatedly “raped” and repeatedly tried to be destroyed because it would have been a contribution to a confusion and to a loss for them, the competitors, when it is exactly the opposite, #iLoreley

One of my fav from Michael Jackson’s music and video work!

PS: The legal part of their actions was not the topic of this post!