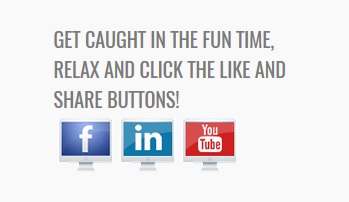 On holidays no mater how said or joyous are they, as Romanians, we are saying jokes, there is one day out of the three mourning days of our dead ones ritual in which we are also saying jokes, so the jokes are in our culture as well as other specific behaviors in other cultures.

All over the world there are jokes and unfortunately with so many politically correctness we fall for not laughing and the fear of being sued wins.

Today I am challenging you to click to jokes either way and I am counting on your cultural awareness, on your openness to increase your awareness in my hope that you will stop for a while from crucify me or others and excuse me cause it is Easter and maybe even for a bit you will stop feeding the pattern of crucifying others for being different. So, here we go, click to openness!

We hear jokes all around the world about blondes or at least we used to and we had good  time. I am a blonde now so I am double linked, excused and connected to this one 😉 .

In a bar one blind guy was sitting at a bar. At one moment he was trying to say a joke about blonde women and he could hear from aside: It might be good to know that there are three blonde women around you, one is a wrestling champion, another one is a human rights advocate and another one is former police woman. Are you sure that you still want to say the joke? The blind guy said: No, you are right, I don’t want to explain it three times!

The second one related to the blonde style of jokes: Do you know why there are women who have a bruise in their bellybutton? … Because there are blonde men in the world too!

And if you still didn’t clicked the fun climax then you should read the next one: